Music has been one of the greatest artistic expressions to ever exist in the history of human culture. As we go along through different societal changes, music is also going through countless changes through time. In ancient times, humans made music by closely recreating and mimicking the sounds that they were hearing around them. Over time, we began to further develop our culture and we started to discover numerous inventions.

These changes were also significantly influencing the world of music. People have developed musical instruments that are available everywhere. We have created the best electric violin, guitar, piano, and many more. Music became more powerful and it will still develop as time goes by.

Music has always been evolving from time to time. People go through a lot of changes and they start to discover many ways to live with music. Here is a brief discussion of the evolution of classical music to modern music:

This is the first period of music from 1150 to 1400. Music in this period is particularly connected to the church. Meaning to say, people are making religious music based on their principles and beliefs. Usually, songs were written in one musical line and it would gradually develop as the musical period began to move along.

This period of music happened from 1400 to 1600. In the fifteenth century, it is when the period of music began to encounter and witness more liberated music. People started to enjoy … Read More

The Best Artists Inspiring Music Of All Time.

Music serves a lot of purposes and has a lot of advantages. Music helps to keep the mind, body and soul intact. It is hard not to love music as it fits into any activity you might find yourself. If you are making arts such as painting and sculptures, you can check out music platforms such as ReviewBird.com for the best music to uplift your creativity. You can download and stream different music genres on these platforms, and you can read through headphone reviews  to guide you in selecting quality, affordable and durable headphones to offer you a top-notch experience.

The advent of technology has made accessing music one of the easiest thing to do. If you’re an artist and searching for a music platform where you can get as many inspiration as possible for your next project, you can go online and check out the different music platforms available. Most artists are after the … Read More

Did you know that playing an instrument can boost self-confidence? Many people have self-esteem issues, with all the frustrations and failures in life. However, instead of spending your entire evening or morning grumbling about all the wrong things happening, you can lift yourself with music. While learning to play a musical instrument can be challenging, it is also the most rewarding. Are you interested in improving your self-esteem or having a teen struggling with self-esteem issues? Well, try learning how to play the guitar or the piano. 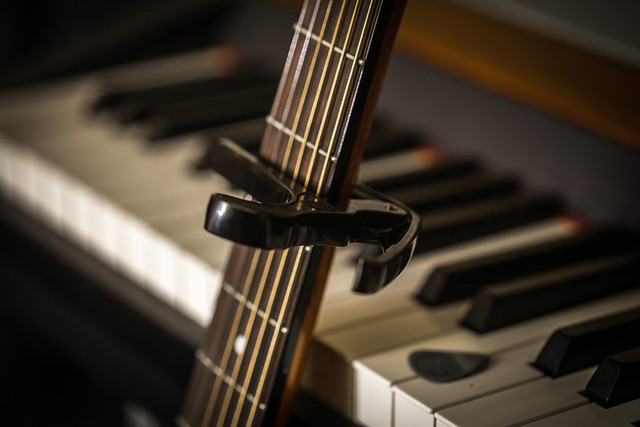