Making songs will be directly proportional to how many songs or music we hear. The more often and more we hear songs or music, so it will become easier for us to make songs.

Making songs becomes a meaningful thing for musicians, because a work can be a ‘vehicle’ for musicians to reach their goals (whatever it is, whether the goal is to become popular and rich, or the goal is to penetrate the international market. Freedom). Although there are many musicians who can live with other people’s songs, aka cover version musicians, as a musician it feels like making songs is still meaningful, at least he has his own song bank. In comparison, with all humility, bands that are popular with their own songs generally have far more income than bands that deliver songs belonging to others. But, is making a song that difficult? 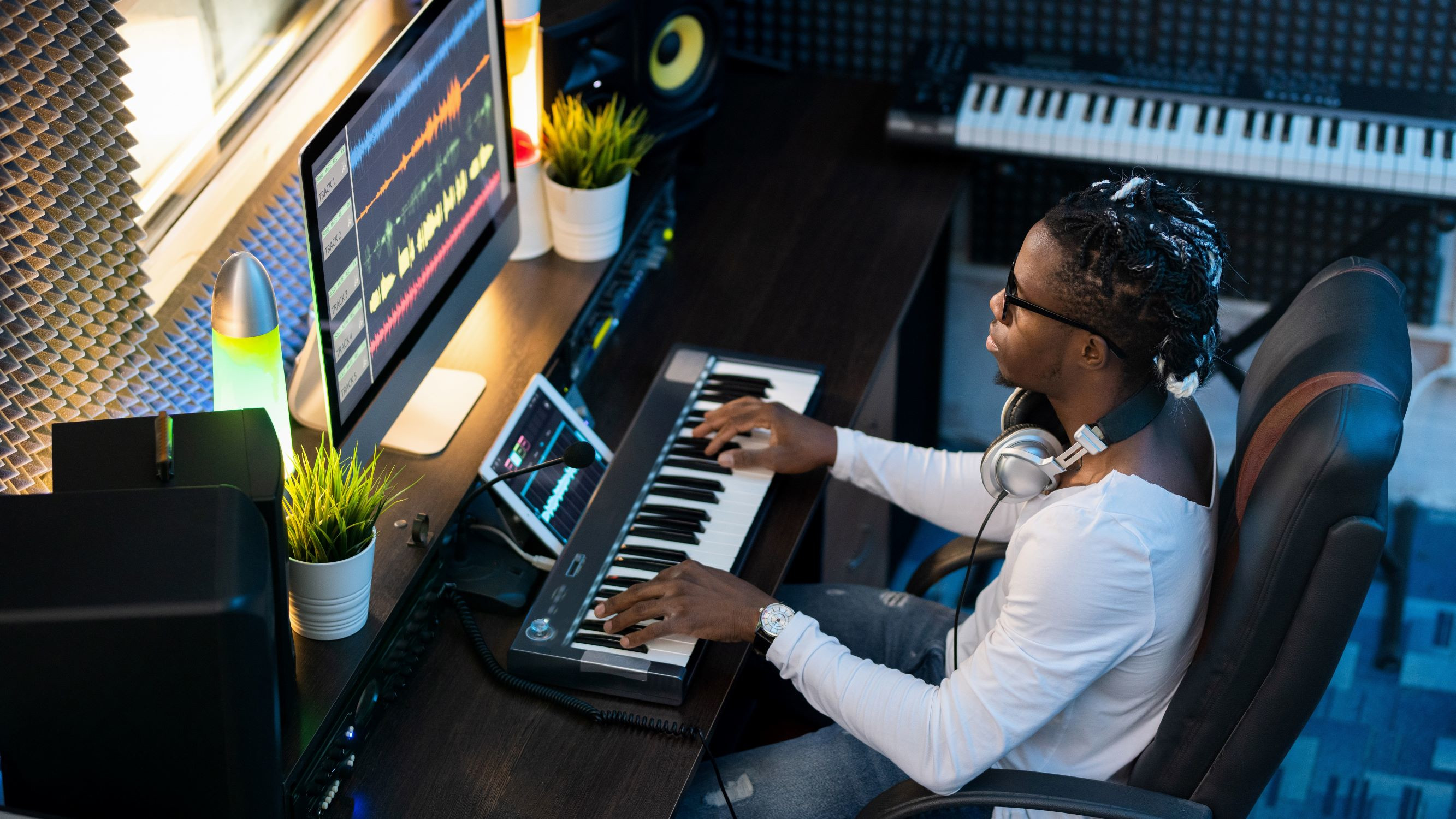 Making a song will be directly proportional to how many songs or music we hear. The more often and more we hear songs or music, so it will become easier for us to make songs. Why? Because with the number of songs that we listen to, the ‘bank’ of notes that we absorb is also a lot, and the next thing we can do is sort out these tones and then process them and become our own ‘tones’. DCDC summarizes 5 guides to making songs. What are the steps? Follow through the posts at this bottom.

Ensuring a theme can be the first step when creating a song. Make sure the theme of the song can be a guide about the music and the composition of the lyrics of the song. Do we want to make a song called cheerful, sad, called life, social, love, or it could be a song called anger like metal songs. Determine the theme can be the direction of what the music will be, whether rough, slow, or environmental music.

In writing song lyrics, we should make choices that we really understand and are natural, why? so that the songs we write feel honest, because we know very well what we are writing and are natural. If you are facing falling in love, write lyrics about love, and vice versa if you are angry write lyrics that describe anger. Not only does it feel honest, if you write lyrics that match what you feel, it can be faster and more fluid, because you don’t have to worry about what to write anymore.

After determining the theme and lyrics of the song, the next thing is to determine the notation of the song. The selection of song notation should also be a selection that has an interesting hook, aka easy to stick to the head. This is so that when it becomes a song, listeners will not have trouble singing the song that we make. Not only that, citing a statement that Paul McCartney had made about a song, for him if you make a song at night and the next morning you don’t remember, then it’s a bad song. Why? because if you yourself find it difficult to remember your own songs, especially other people.

Musical exploration is considered meaningful for musicians, but if you don’t place musical instruments in your portion, a song will sound less delicious. Very experimenting with musical instruments can also make the ‘magic’ thing in a song can be decreased. On the other hand, many hit songs were born with minimalistic musical arrangements. Sometimes listeners just want to listen to what the song has to say, not ‘show off’ the musical skills of the members of a band.

Make an Interesting ‘Hook’ on a Song chorus

Just as in a boxing match, a song also requires a ‘punch’ that is able to ‘beat’ the listeners. The meaning of ‘beat’ here is in line with the easy-to-stick notation options above. A song with a chorus that has an interesting hook will usually stick easily, and when it’s easy to stick it will be directly proportional to the appreciation of listeners who like the song we make.

These 5 tips are definitely debatable, and that’s normal. If anyone has their own guide, you can add it in the opinion column. Chocolatefriends interested in making their own songs?