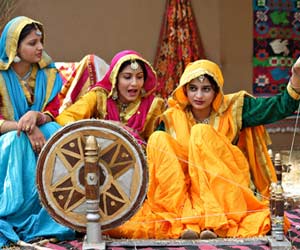 Culture consists of patterns, explicit and implicit, of and for conduct acquired and transmitted by symbols, constituting the distinctive achievement of human groups, together with their embodiments in artifacts; the essential core of culture consists of traditional concepts and especially their connected values; tradition techniques could, on the one hand, be thought-about as merchandise of action, then again, as conditioning influences upon further action.